Can Your 3PL Meet Walmart On Time In Full Requirements?

Walmart’s relationship with its suppliers has made headlines recently as the retail giant implements its new On Time In Full (OTIF) policy that will dole out fines for late, early, and incorrect deliveries.

Retailers have had to continually up their game in order to please consumers who have an ever-increasing array of shopping options – with an ever-increasing level of convenience.  Simply being within driving distance of a consumer counts for less and less these days.

While Walmart has valid reasons for its new policy, the ramifications for suppliers are clear: meet the new guidelines – or else. 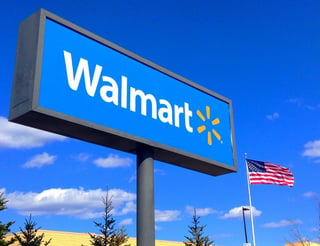 A major problem that retailers like Walmart face is an inability to have products on the shelves consistently.

There are many reasons why this occurs: lack of manpower at the store, late deliveries, incomplete deliveries, and – yes – even early deliveries which can create overstocks and severely crowded storage rooms and loading docks.

The On Time In Full program attempts to address this.  According to Bloomberg, the new rules “will require full-truckload suppliers of fast-turning items – groceries, paper towels – to [according to a Walmart spokesperson] ‘deliver what we ordered 100 percent in full, on the must-arrive-by date 75 percent of the time.’ Items that are late or missing during a one-month period will incur a fine of 3 percent of their value.”

That 75 percent number for FTL will climb to 95 percent as of February 2018.  This is a daunting number considering that OTIF rates are currently as low as 10 percent among Walmart’s top 75 suppliers.

Download Your Free Weber Insight: How to Reduce Retail Chargebacks in Your Vendor Compliance Program

And how does Walmart determine if OTIF standards are adhered to?  Bloomberg notes that “the retailer has developed a scoring system that breaks down reasons for non-compliant deliveries and will fine suppliers only if they’re responsible. If suppliers don’t agree with the fine, too bad: Disputes ‘will not be tolerated.’”

Suppliers know that large retailers can often be their own worst enemy by having inadequate resources to handle key functions, such as receiving trucks and offloading, but such arguments are not likely to be effective in the face of the new rules.

The new OTIF policy shouldn’t come as a shock to suppliers who have had a relationship with Walmart for any length of time.  The retailer’s rule changes for suppliers have caused similar uproars as recently as September 2016 when they announced that suppliers would have to adhere to a two-day delivery window instead of the long-standing four-day window.

Can Your 3PL Handle Walmart On Time In Full?

While the main takeaway for suppliers is simply “comply or else,” you may quickly realize that it’s not that simple.  You may need to rely on your 3PL to handle much of the heavy lifting that will determine your retail compliance vs non-compliance.

Of course, you need to control what you can control.  This includes knowing/confirming your delivery windows, and having adequately trained staff familiar with retailer compliance requirements.  But, just as a big retailer is going to demand performance from you, you need to demand performance from your 3PL.  You can start by asking the following questions:

3PLs that lack a strong vendor compliance management program may suffer as a result of the Walmart OTIF program.  As financial penalties kick in for poor performance, suppliers will be forced to take aggressive measures, up to and including firing the partner and choosing a 3PL that can deliver on compliance requirements.

Vendor Compliance Programs Are Not New

Programs like OTIF are not new to retail suppliers.  Similar programs are common across many other large retailers, including Target.  What is notable about Walmart’s On Time In Full program is its scope (including the penalties for early deliveries), its supplier-unfriendly approach to disputes, and, of course, the overall impact to suppliers nationwide as Walmart operates a whopping 4,700 stores and 150 distribution centers.

At Weber, we pride ourselves in meeting supplier KPIs and retailer requirements, such as those stipulated by OTIF.  Contact us today to learn how we can help you meet these new retailer compliance requirements head on.