Being a logistician these days – especially one who deals with imports into the US – can feel like playing a game of Whac-A-Mole. When one issue is addressed, another one pops up. The latest issue on the horizon is the contract negotiation between the longshoremen’s union and the West Coast shipping ports. How much of a disruption will these negotiations be to the West Coast supply chain? In this article, we ask three key questions that will determine just that. 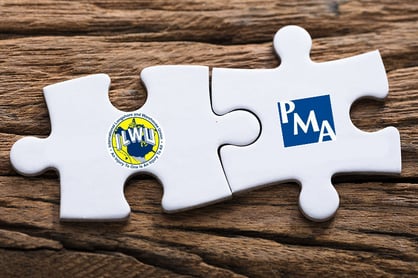 The current contract between The International Longshore & Warehouse Union (ILWU; acting on behalf of port workers) and the Pacific Maritime Association (PMA; acting on behalf of the West Coast ports) is set to expire on July 1, 2022. The PMA had asked for a one-year extension of the current contract, but this was denied by the ILWU in October 2021.

In recent memory is the contentious negotiations of 2014-15 (which formed the current contract) that led to four months of slowdowns at the ports. Both sides are saying that they want to avoid a similar situation this year. The answers to the following questions will determine how successful they’ll be.

Will the PMA agree to roll back automation?

A major, if not the major, sticking point between the two parties is the use of automation at the West Coast shipping ports. The ILWU has been staunchly opposed to automation, saying that it destroys jobs and the ability of people to have careers in the industry.

For its part, the PMA says that automation is necessary to improve productivity and handle the ever-increasing number of containers from Asia. It is also necessary, they say, to keep the supply chain moving in the event of a pandemic such as COVID-19. There is also the fact that investments in more automation at the Ports are already being made (e.g., Pier T at the Port of Long Beach is planning to automate operations). Such investments, once made, are not likely going to be walked back.

An unidentified co-loader interviewed for an S&P Global article sums up the situation as follows. "Everything in the world is telling us we have to invest in port automation, and the unions know that, so they are going to dig in really deep." The source went on to say that PMA’s position will likely be "we'll give you more money, but we have to have automation. That's the sticking point."

Will shippers divert shipments from the West Coast?

With the threat of protracted negotiations – and related slowdowns – adding further disruption to an already congested West Coast supply chain, many in the industry are preparing for the possibility that shippers will divert their containers to the East or to the Gulf Coast.

This has happened during previous periods of negotiation. Each time, however, much of the business came back as the West Coast ports are undeniably the most efficient import/export option between the US and Asia and other points. The belief is that, should slowdowns encourage shippers to move freight to/from other ports, the loss of market share will be temporary. The West Coast is just too efficient in comparison.

There are two factors to consider in this regard, one positive and one negative.

On the positive side for West Coast shipping ports, ports on the East Coast continue to have their own congestion issues. When also accounting for the extra time it takes for products to arrive to the US East Coast from Asia, such congestion may make these ports less attractive to shippers.

On the negative side is the fact that many shippers are already in the process of recalibrating their supply chains. This could result in loss of market share for West Coast ports even without the threat of a slowdown as shippers reconsider their sourcing points and related shipping ports.

Will the federal government intervene?

One wild card is what role – if any – the federal government will play in negotiations. The Biden administration has already shown a willingness to intervene in port operations and other supply chain activities. So, the prevailing thought is that the administration will not sit idly by if negotiations lead to further disruption at the ports.

There is, of course, a semi-recent precedent for such government intervention in port contract negotiations. In 2002, President George W. Bush invoked the Taft-Hartley Act (for the first time since the Nixon administration) to force the employer lockout to cease at 29 West Coast shipping ports and to bring thousands of longshoremen back to work.

Shippers should stay close to their 3PLs

Until these questions are answered, shippers would do well to stay in close contact with the logistics providers they rely on for West Coast port services. 3PLs that have been in business for many years have insights into port contract negotiations based on first-hand experience through previous negotiation periods. They also have first-hand knowledge of what’s happening at the ports as they work there every day and likely have connections on both sides of the table. These connections can be invaluable in projecting shipping activity in both the short and long term.

Weber Logistics is a West Coast 3PL that provides and integrated suite of services, including port drayage. To learn more about how we can help your business navigate the West Coast shipping landscape, contact us today.