Arizona is one of the fastest growing regions of the U.S. and many companies are examining whether an Arizona warehousing location can help them better serve this important market.

Get Product Closer to Customers with Phoenix Warehouse 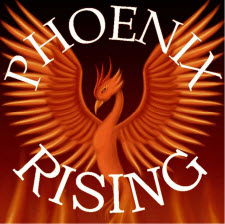 May 21, 2014 / by Weber Logistics posted in 3PL, Warehouse operations, Phoenix

What’s the most populous state capital in the U.S.?  Many are surprised to learn that it’s Phoenix, AZ.  As of 2012, the population was nearly 1.5 million – up from 1 million in 1990.  With an average annual temperature of 72.6 degrees, it certainly attracts many new residents in search of a warmer, low-humidity climate.

As a result of its progressive growth, more and more companies have put their Southwest roots in Phoenix.  Major retailers include Wal-Mart and Costco, who each have established distribution centers in the area.  Population and commercial growth have made a Phoenix warehouse an ideal choice to store and deliver goods to this critical Southwest market.

Phoenix has not traditionally been used as a Southwest distribution hub, but that’s changing.  Here are some reasons to consider a Phoenix warehousing location for product distribution:
Weber’s Phoenix Warehouse

Weber Logistics’ Phoenix warehouse is actually located just west of Phoenix in Tolleson, AZ.  Some facility facts:
Weber’s Phoenix warehouse for Southwest distribution complements our region-wide warehousing and freight network in the West. To learn more about our Phoenix operation, contact us on the web or call 855-GOWEBER (469-3237).