Should Shippers Avoid West Coast US Ports Due to Port Contract Talks?

“Just when you thought it was safe to go back in the water…” This famous tagline for Jaws 2 may well apply to importers into West Coast US ports these days. These shippers are still contending with port congestion and delays, while also getting ready to navigate a new challenge of possible slowdowns due to contract negotiations at West Coast ports.

The port contract situation at West Coast US ports 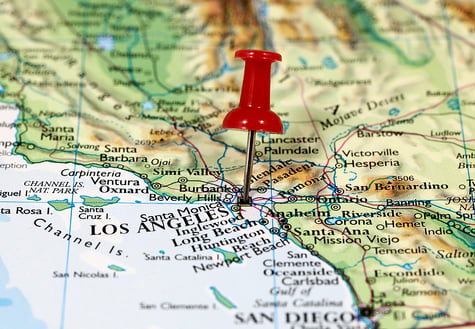 The negotiations have yet to begin. According to the Wall Street Journal, the ILWU will not be ready to negotiate until May – just two months before the contract expires. This is concerning as the last four negotiations, going back to the late 1990s, went past the contract expiration date and work slowdowns or an employer lockout occurred in three of those last four contract years.

The major sticking point between the two parties this time around is the use of automation at the West Coast shipping ports. The ILWU has been staunchly opposed to automation, saying that it destroys jobs and the ability of people to have careers in the industry. The PMA says that automation is a vital component of boosting efficiency and reducing congestion at the ports.

Should shippers import into the East Coast as an alternative?

According to Jerry Critchfield, VP of Transportation for Weber Logistics, companies that regularly import product into the West Coast do not need to try to move those imports to the East Coast out of fear of work stoppages at the ports. His reasons:

A West Coast strike is not likely. Critchfield recently attended the TPM22 conference where the prevailing belief among industry leaders was that negotiations between the ILWU and the PMA would be contentious and that slowdowns would likely occur. Few, however, believed that a strike was on the horizon. A major reason is that many feel the government would intervene before things get to that point. The Biden administration has already shown a willingness to intervene in port operations and other supply chain activities. And there is a recent precedent where, in 2002, President George W. Bush invoked the Taft-Hartley Act for the first time since the Nixon administration to end a lockout at 29 West Coast shipping ports and bring thousands of longshoremen back to work.

Slowdowns won’t happen at all West Coast ports. When slowdowns have been a byproduct of negotiations in years past, they haven’t occurred at all West Coast ports simultaneously. The workers will slow down work at certain ports, while other ports continue to operate full throttle. The ports that do slow down will change periodically, and there has never been a time when all ports on the West Coast have slowed down at the same time. As such, instead of incurring the extra time of shipping products East, shippers who have trepidation about the coming negotiations may be better off ‘hedging their bets’ and dividing import shipments across multiple West Coast ports (e.g., the Ports of L.A. and Long Beach, the Port of Oakland, and the Port of Seattle/Tacoma).

Ocean carriers are not adding much capacity. Shippers who want to ship direct to the East Coast as opposed to the West Coast aren’t going to find new capacity. Shipping lines don’t have inactive vessels to assign to East Coast routes and they aren’t going to transfer ships from the Asia-to-West-Coast routes to the East. The largest vessels are still going to come into LA because that’s where most freight enters the US. There are only so many vessels to go around. If companies start to clamor for East Coast shipments, then US port congestion will simply move from West to East.

Time and costs still favor West Coast imports. Before COVID and related port congestion, it would take 21 days to ship from China to LA direct and about 31 days from China to the East Coast direct. Currently, the average China-to-LA shipment takes about 35 days (including delays and unloading time) and it’s still at least 10 days longer to ship from Asia to the East Coast. Even for companies that need to send containers East (via truck or rail) after arrival at a West Coast port, importing into the West Coast is still the fastest way to get goods from Asia to market in the US.

As for costs, it’s currently about $4,500 to $5,000 more (contracted freight rate) to ship from Asia to the East Coast rather than the West Coast. Spot quotes have gone down a bit and in March of 2022 are hovering between $19,000 to $22,000 for FCL to the East Coast, and about $3,000 to $4,000 less than that to the West Coast. When you consider, however, that West Coast imports will still require trucking and/or rail to move products East, the question of cost between the two coasts basically becomes a wash.

According to Critchfield, the port congestion situation on the West Coast is better now than it was in Q4 2021. So, if there wasn’t a need to move shipments to the East back then, he doesn’t see a reason to do it now – even with the threat of slowdowns looming.

To learn more about the advantages of partnering with a provider of integrated drayage, warehousing and final delivery services from the West Coast, contact Weber Logistics today.